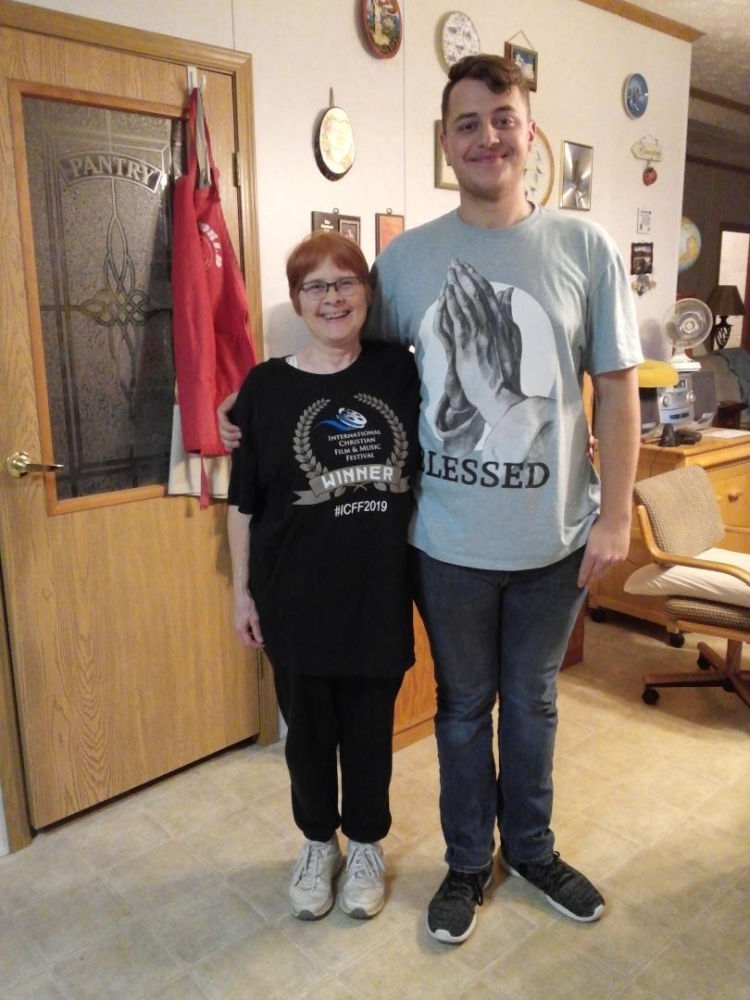 As you saw on the “About” page, I am still pumped about the International Christian Film and Music Festival, where I won Honorable Mention in the Best Script category for my screenplay, A New Heart Beating, a faith-based drama with romance element. Inspirational and cathartic, it brings emotional healing to women who suffer abortion remorse, grief, and intense guilt. 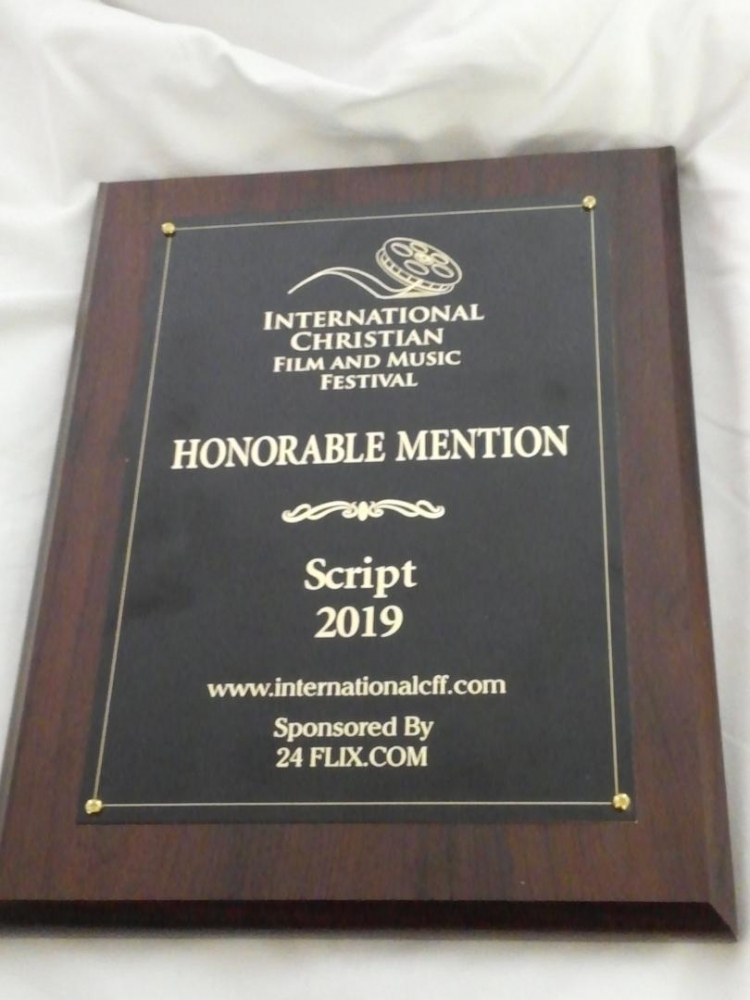 On the left I am pictured with my tallest grandson. I’m wearing my “Winner” T-shirt from the film festival, and my award is pictured on the right.

Another fun photo from the film festival is one taken of me with actor T. C. Stallings, a dynamic speaker, actor, producer, and writer. He has published a short devotional book titled The Pursuit: 14 Ways in 14 Days To Passionately Seek God’s Purpose for Your Life. 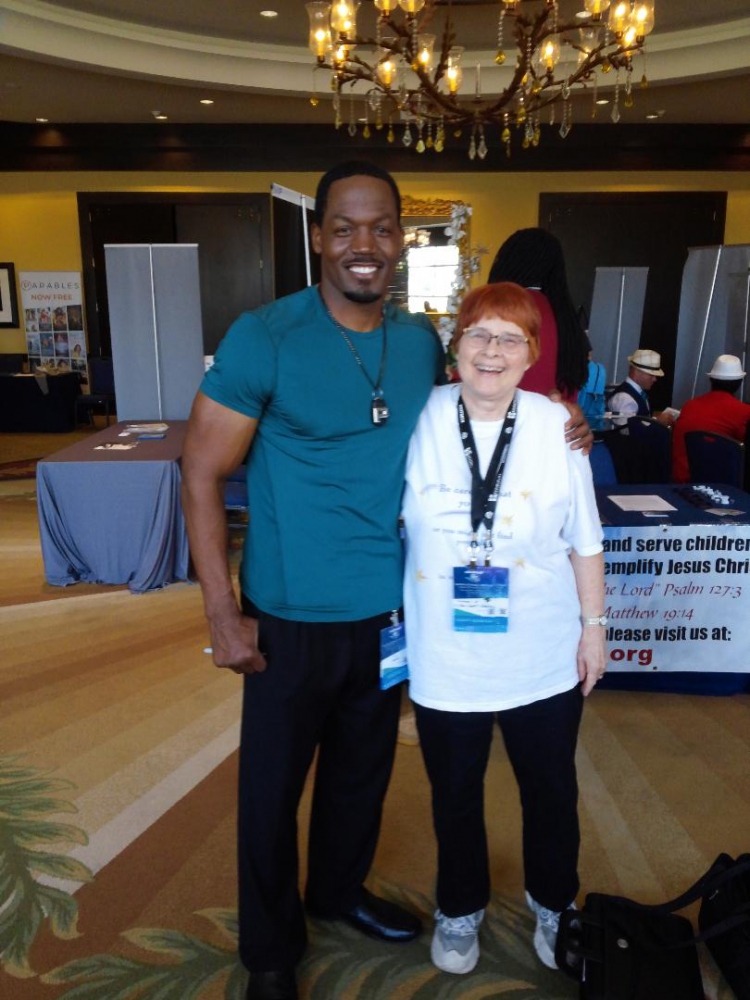 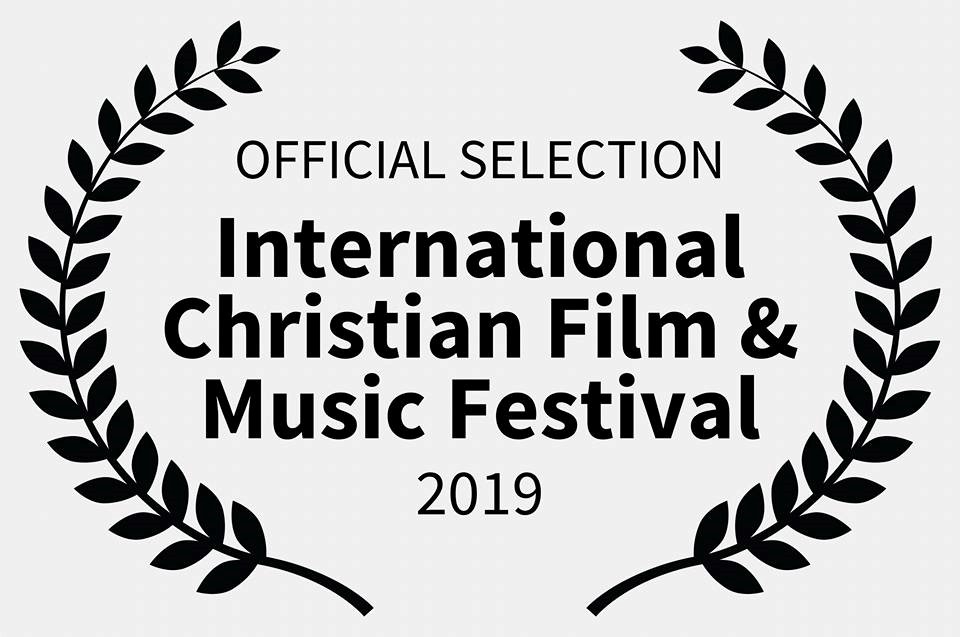 In addition to my winning script, I also placed in the semi-finals with another script, Faith House, an uplifting and faith-affirming drama. For me, this was a testimony of the grace, power, and faithfulness of the Lord. I’m hoping that my scripts will be produced someday (hopefully soon), because in screenwriting, production is the way one shares one’s stories and theme’s with the audience. No one benefits from scripts on my computer hard drive or in the filing cabinet.

Learning the craft of screenwriting is no easy task. In September, 2013, I had fun learning about film-making at a seminar taught by Ted Baehr of Movieguide, and screenwriter S. J. Murray. Movieguide.org is an excellent resource for families who want to be media and culture wise in their choices of viewing entertainment. For anyone who is wondering about the impact of media on their children or themselves, I recommend The Culture-Wise Family by Ted Baehr and Pat Boone. 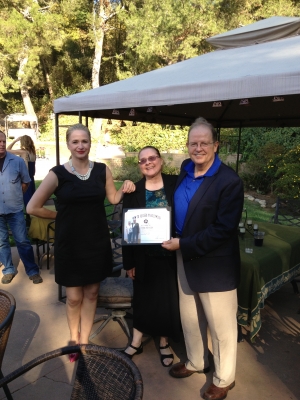 Here I am (left photo) with S.J. Murray and Dr. Ted Baehr, receiving my certificate of completion of the film-making seminar in September, 2013. I met a lot of wonderful people there. What a great learning experience and opportunity to grow as a writer and as a movie viewer.

Can you guess who the actor is, in the center of the photo on the right? None other than Ben Davies, whom I felt privileged to meet at the party after the seminar “graduation,” along with his friend Roman. It was good to see Ben again in Orlando at the 2019 International Christian Film and Music Festival, though I didn’t have time to snap a photo.

I look forward to updating the pics and information on this page as soon as I have additional successes in my screenwriting. I believe that film is one way to reach a wide audience who might not be avid readers. It’s yet another way to “shine the Light.”