Speaking of having victory, in a temporal sense, I had an interesting experience in 2019. After not placing in even the semi-finals in a script writing contest, and thinking I had bombed another one as well (having forgotten which one I entered), I decided to stop writing scripts. I was done with it.

Until . . . a friend called me to tell me that my script, Faith House, was “selected” in the International Christian Film Festival contest (which meant it made the semi-finals). Oh, that was the contest I entered!

As it turned out, two scripts were “selected.” And one was “nominated” (made the finals) in the best 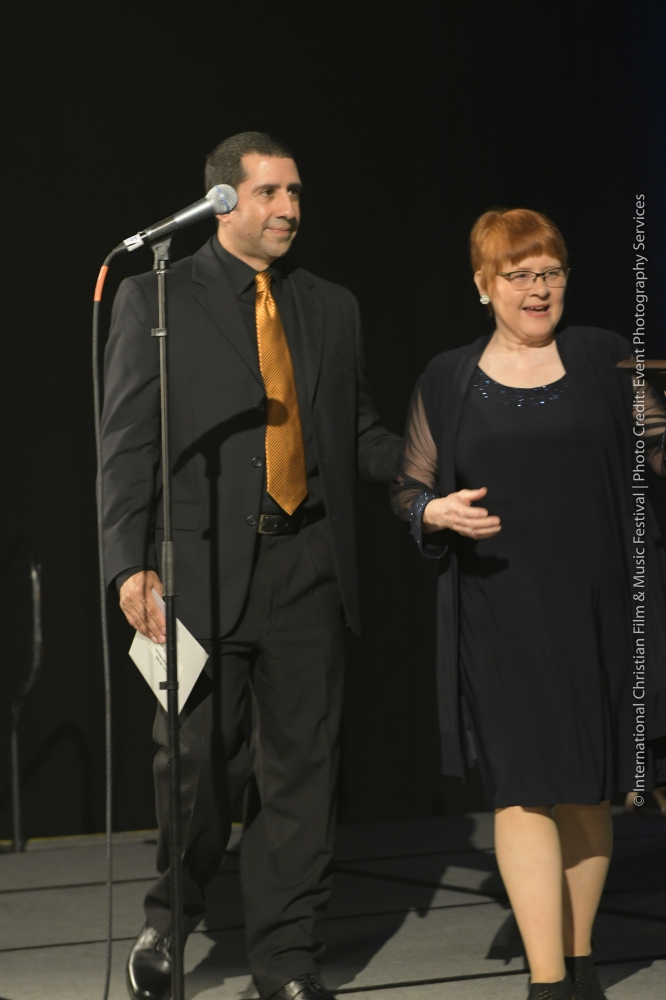 script category. My husband suggested we go to the film festival just in case I were to win. Okay. A nice trip. At the ceremony, when they got to my category, how shocked and honored I was when the name of my script, A New Heart Beating, was called for Honorable Mention. On the right are the announcer and I. Can you tell how nervous I am?

I went from “I'm-never-writing-a-screenplay-again” defeat to hope and victory. That experience reaffirmed to me that in Christ I can do all things, and without Him I can do nothing. He is my victory – and that is for both now and eternity.

At the film festival, I was privileged to meet two stars from one of my favorite movies, War Room: Karen Abercrombie and T. C. Stallings. 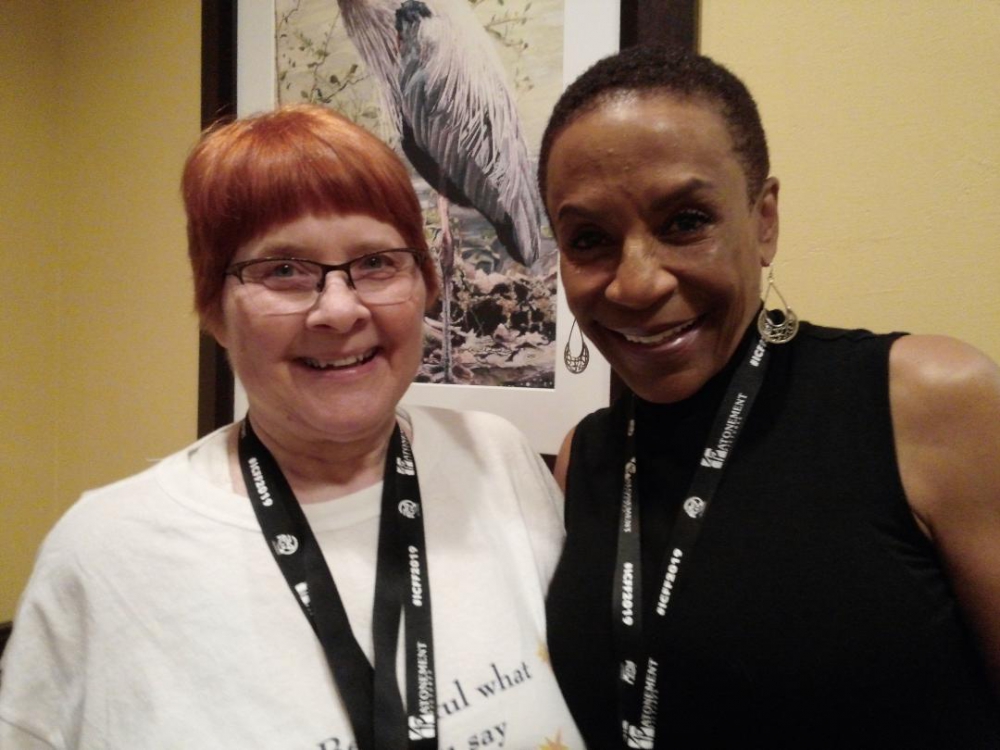 You can read more about my screenwriting endeavors on the “Screenwriting” page under “My Writings” (as soon as I post them.) Click this link https://www.imdb.com/name/nm9065778/?ref_=nv_sr_1?ref_=nv_sr_1 to see my other screenwriting/movie credits on Imdb.com.

At the 2019 ICFF, I was also a member of a writing team whose short screenplay was nominated for the best short script, “Thoughts and Prayers.” We didn’t win, but it was honor to screen the short film at the festival. That short script (produced) was a 168 Film contest winner of the Evangelista award. 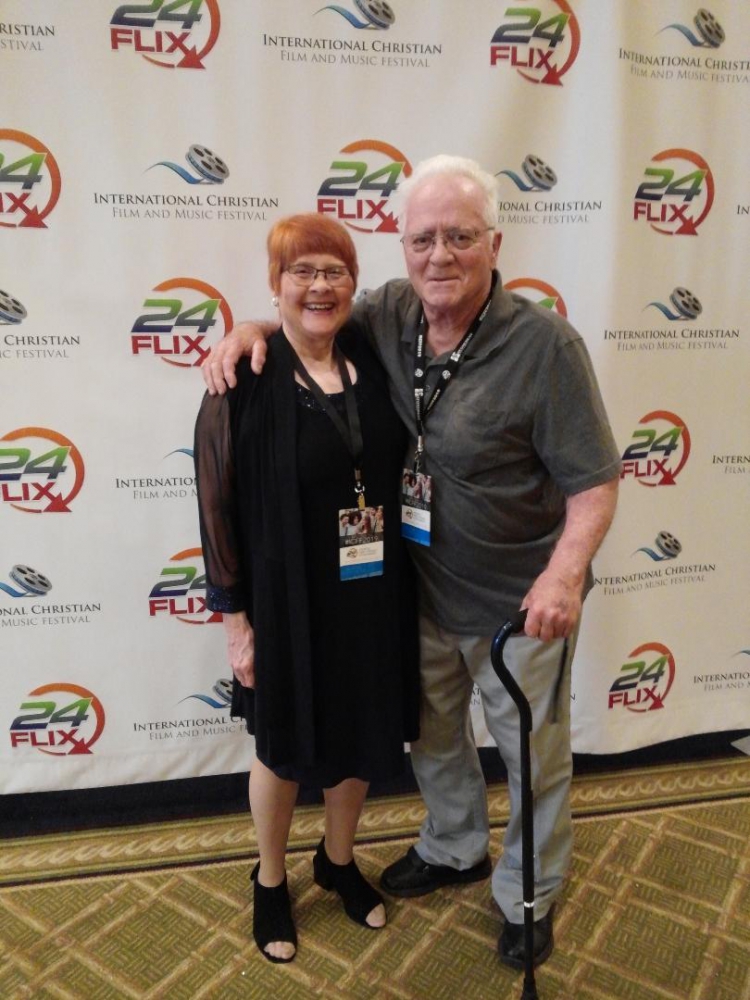 Here I am with my husband of 31 years and counting.  We took this 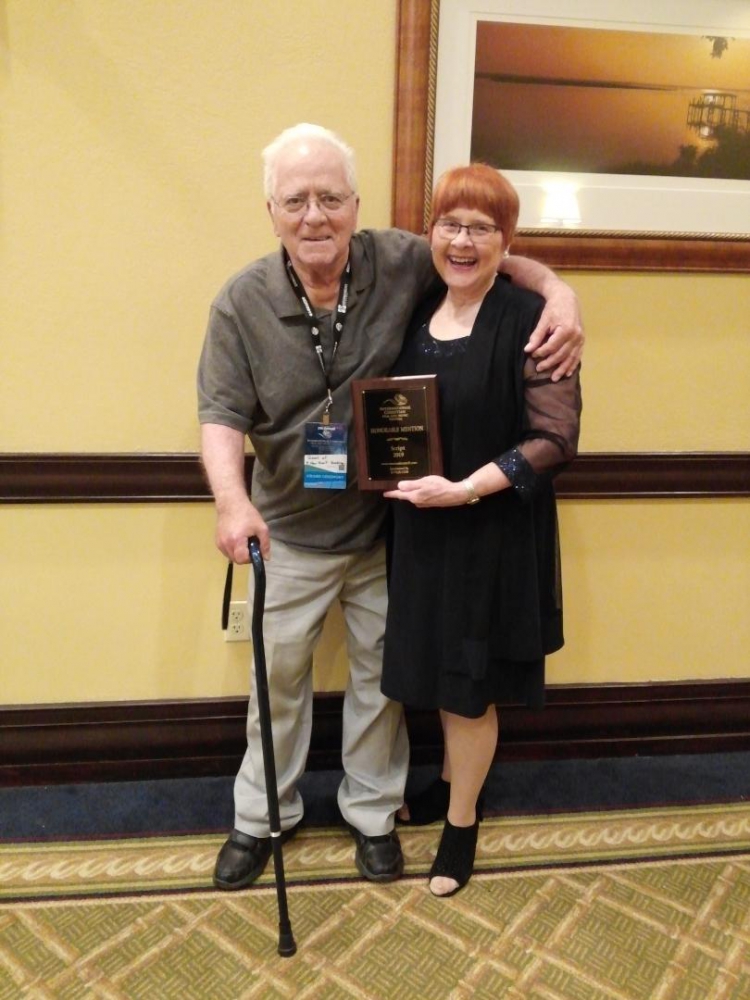 picture (left) before the award ceremony in Orlando. And then we took this one (right) after the ceremony.

I studied screenwriting, read scripts, wrote scripts, rewrote, and rewrote those scripts in getting to that memorable event. I’ve told myself to “pursue excellence, not perfection.” But for some of us, excellence is perfection, at least in our writing. To the Christian, personal perfection comes from Jesus Christ, who makes us victors.

In January, 2015, I was humbled, honored, and pleased to be in the semi-finals for the 2015 Kairos Prize, sponsored by Movieguide. Though I didn’t win, I traveled to L.A. for the Movieguide Gala to re-connect with some of my Hollywood friends. Here I am with a 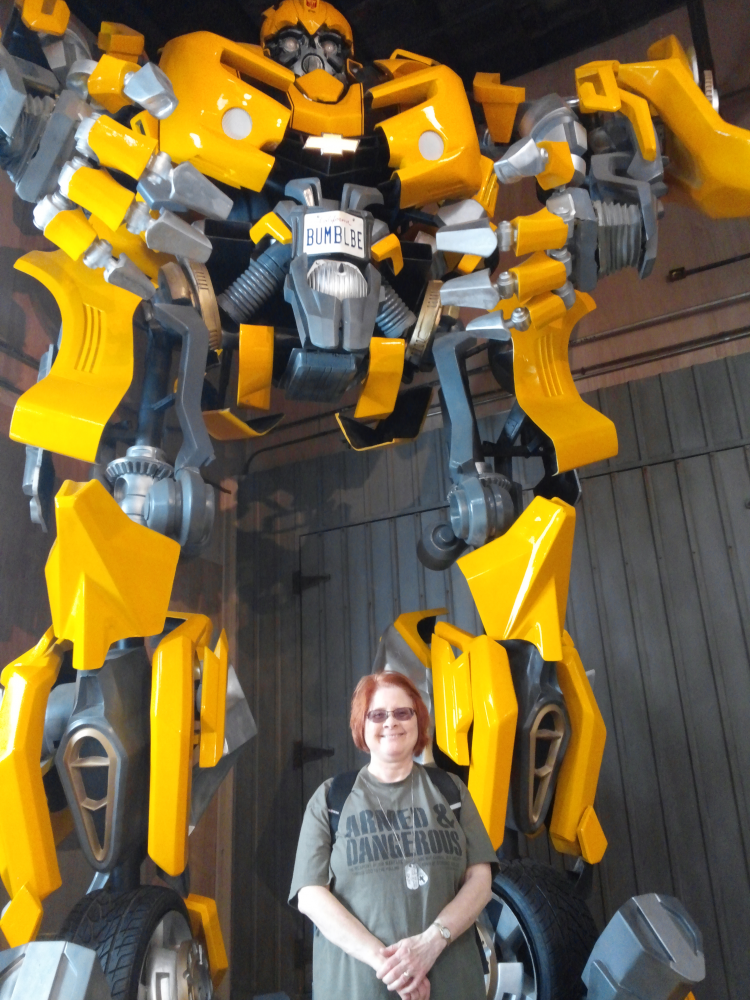 new fave, Bumblebee. You can read more about this in the related blog entitled “Transformers.” In 2020, my script Faith House placed in the top seven in the Kairos Prize contest.

From early childhood, I knew that I wanted to be a writer. I wrote poems for my parents, cousins, seasons, and, later, boyfriends. All before I made it to high school. I wrote a cool scary story in 6th grade. High school included everything from journalism (which helped me with college expenses and a trip to the then-Soviet Union in the late 1960s), to debate and extemporaneous speeches, to a mastery of iambic pentameter, which was my version of "nerd speak," being a 4-eyed, not-too-popular girl stuck in orthopedic shoes.

Years later, and with two degrees in English and one in Accounting, I have published three books and am currently writing a fourth, as well as working on a couple of scripts and other things. I won the 2003 Word Journal Poetry Prize with my poem, "Duende," and published a number of poetry reviews and a few poems in various literary journals. I may someday publish another poetry collection, but am right now focusing on other genres. Click here for that award-winning poem and a selection from my book Angel Unaware: Poems. Click here to see my Amazon.com author page.

The release of my book, Victory through Light: How to Overcome the Growing Cultural Darkness, is exciting. I worked over four years on that book. 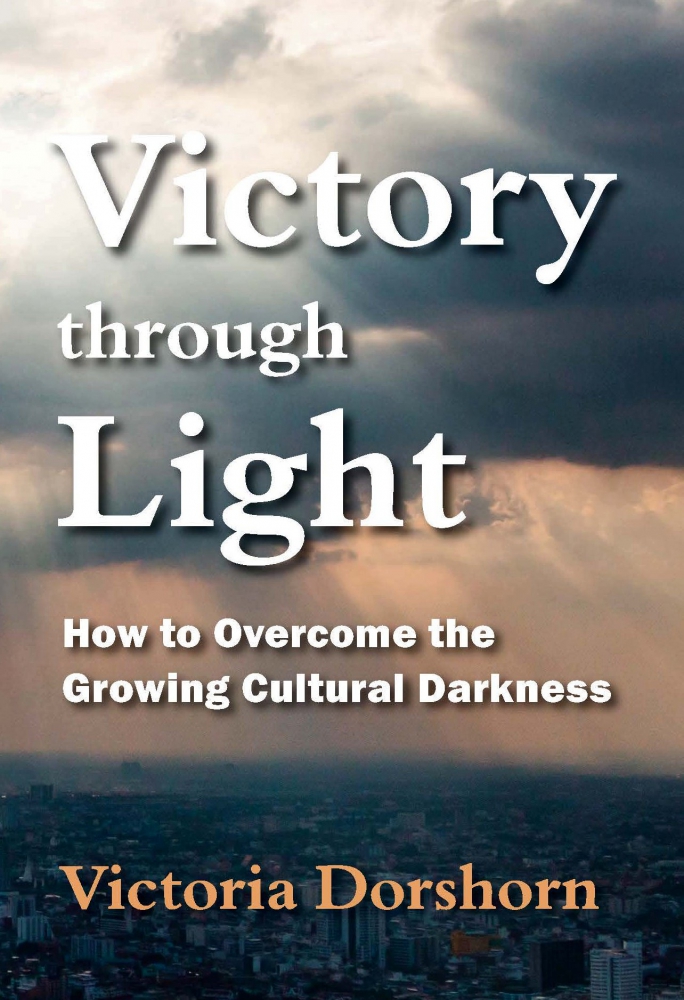 Hopefully, I’ll write the second in the set of “Victory” books in less time than that. I believe that time is short for us to prepare for Biblical prophecies to unfold. We don’t know what we may have to endure as judgement hangs over our nation. 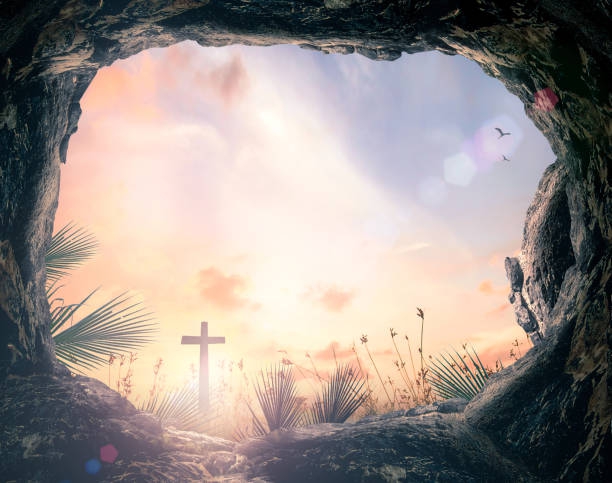 My goal in writing is to connect with people who are struggling with various issues of identity, emotional trauma, or disappointment with life, people whose circumstances or relationships have let them down, leaving them alone, distressed, and hopeless. My objective is to give the reader a sense of value, purpose, acceptance, hope, and reconciliation through my fiction, non-fiction, poetry, and scripts. In “shining as light” to the people around me, I seek to affirm the reality of meaning, the importance of the individual, and the sovereignty of the Triune God. I point people to Jesus, who is the True Light, who turns victims into victors, and whose love never fails.