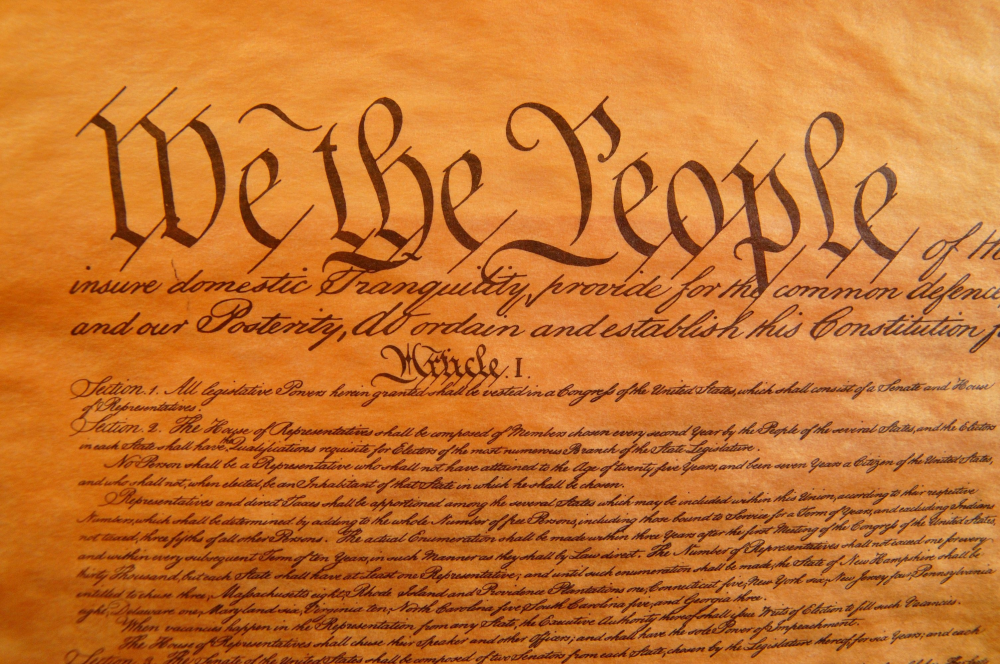 Although Psalm 33: 12 was written for Israel, the ancient people of God, the principle behind it applies to any nation: "Blessed is the nation whose God is the LORD, and the people whom He has chosen for His own inheritance."

This verse applies to the USA in that our forefathers sprang from a Judeo-Christian heritage and looked to the true Word of God, the Bible, for their guidance, and they incorporated godly principles and morality into the founding documents and the very fiber of this nation.

Yes, there are those "progressives" (actually "regressive" in nature), who would deny that heritage in their attempt to destroy those foundations which made this country great, made it a leader and a helper to other peoples and nations, made it a nation to which many would come for a new life. They rewrite history, focusing on the negative; they corrupt the present, focusing on the negative; they replace Christian love with hate and division and call it love and tolerance. Even the current first lady called for us to "change our history," as part of that "fundamental change" to the nation.

And yes, I know that our government permitted slavery in our early days, but under the Republican leadership and against the opposition of the Democrat party, we abolished it. We took measures to move toward and to insure equal treatment and integration. In Congress, LBJ opposed the Civil Rights Act. He only supported it as President to gain votes.

Yes, atrocious things were done to the Native Americans in the expansion of the country. They still suffer poverty in many places. But only godly principles and morals can correct these injustices. When the nation throws away moral insight and godly principles, it is left with only the basest of human inclinations as the motivation and guide for action--the same base inclinations which motivated those who mistreated the African-American people and the Native Americans.

Proof of this lies in recent events. Look at the riots and attacks on law enforcement officers. Where is the logic and love in what has been done? Instead of holding alleged racist officers accountable, the angry mob, having zero critical thinking skills equal to their morality, rioted, looted, burned, stole, and generally created chaos, acting out their raw and untamed emotions, fueled by people in power who ought to be a voice of reason in these troubled times. Criminals have slain innocent officers (of all races), in response to the failure of our leaders to hold law-breakers accountable for their own law-breaking.

The question looms on the horizon: Will we, as a nation, continue on this destructive path that seeks to abolish the true God who blessed us, and to honor in His place the idols of human government, unnatural passion, and hateful rejection of what is true, good, and noble?

As the prophet Isaiah stated, "Woe to them that call evil good, and good evil; that put darkness for light, and light for darkness . . . Which justify the wicked for reward, and take away the righteousness of the righteous from him" – Isaiah 5: 20, 23.